I've photographed many Pat LaFrieda meats all over NYC. You might not know his name yet but if you've had a steak at any restaurant of good repute in New York city you've had his meats. These are two of my favorites that I photographed at Antica Pesa in Brooklyn.

Posted by Will Engelmann at 8:30 AM No comments:

One of the traps of being a professional photographer in New York City is that you only get to do what other people want you to do. That’s sort of the deal that you create what they want in exchange for money and that doesn’t necessarily mean that your creating the work that you want to make. One of the leaps that you have to make when you go from being a hobbyist photographer to a professional is to produce work for other people rather than just for yourself. And then the next step is to learn the business of photography and learn how to turn that skill into something that you can charge money for. For many people this leap can be creatively stifling and soul sucking. You’re making money and your achieving your dreams to become a professional food photographer but often the work that you’re creating no longer fulfills you spiritually. The advertising industry can be both a wonderful and fantastic place where the sky is the limit and at other times a crushing hellscape of repetition and boredom. Because this also has the tendency to make artists keep creating the same work over and over again because that’s the work that sells as opposed to the best work that they possibly could make.

As a professional food photographer or really any kind of photographer or artist it’s extremely important that you keep exploring and keep trying new things. Sometimes as a food photographer this means photographing things that aren’t food. Photographer’s usually refer to this as “testing.” Test shoots are non-paid jobs that you explore on your own or with a other creative professionals. This can be a great way to build your portfolio or try out funky new weird technics or ways to look at the world in an environment where you’re free to fail and try something else. When your a photographer and your on the job you often only have a very small window of time to impress your clients and the people that your working with. This can stifle creativity and causes a lot of very talented photographers to just create ‘safe’ work. It might not be their best work but they know that the client will like it. Test shoots are a free time. A time to try using that weird funky gel, create that dark moody lighting aesthetic with shallow depth of field. And if it doesn’t work out you’re only out the time it spent to create the work and not a hard earned client. 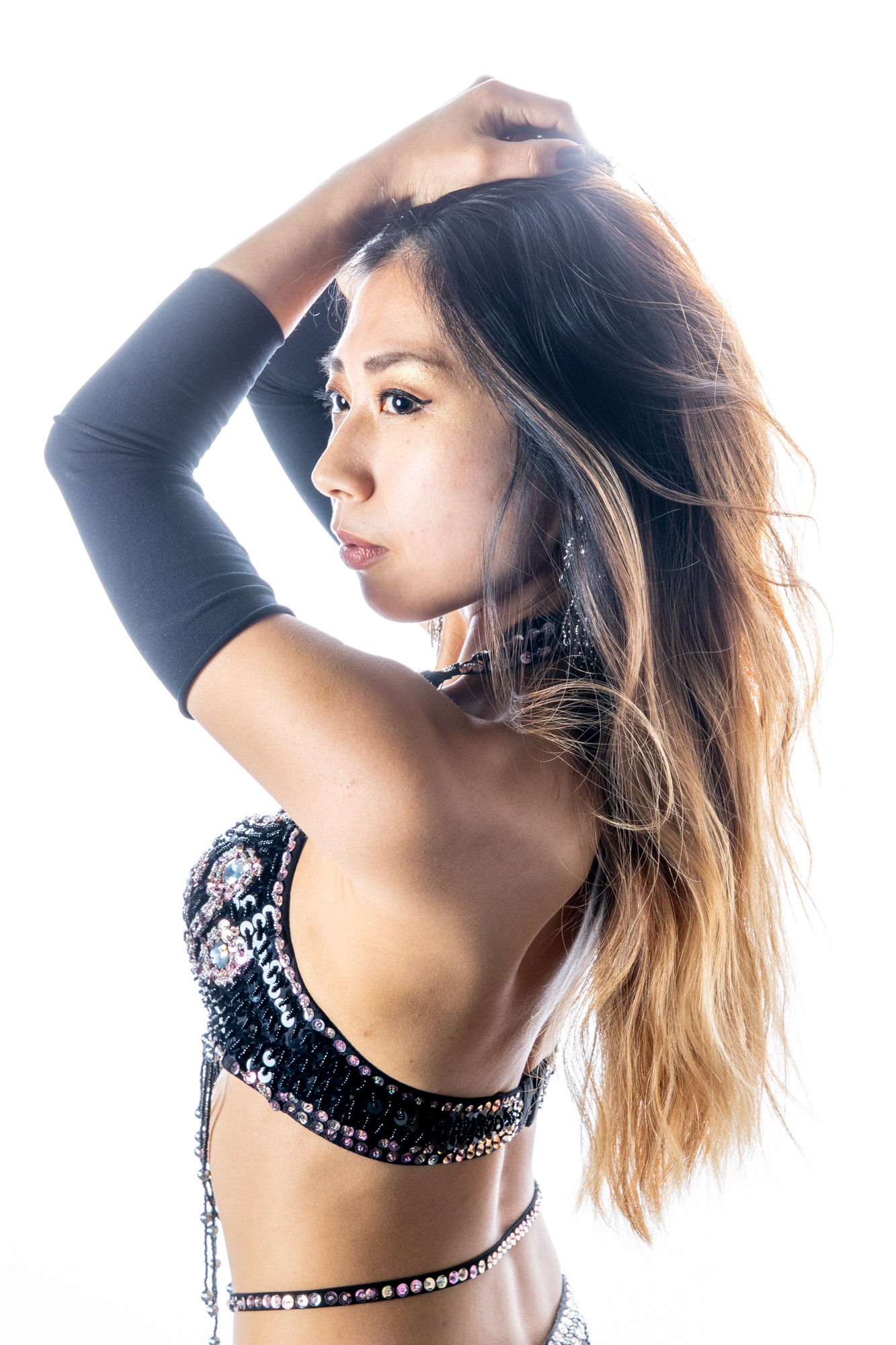 Finding other people to test with can be hard at times. Everybody is extraordinarily busy, overworked, overstressed, worried about money, worried about their relationships with others and finding others who are in the same creative head space as you at the same time that you are can be difficult. But rewarding. Never be afraid to ask to ask another creative professional if they’re free to test and never be offended when they say no.

These are photographs that I took of my friend Shieri Yamafuji who is an amazing dancer and yoga teacher. 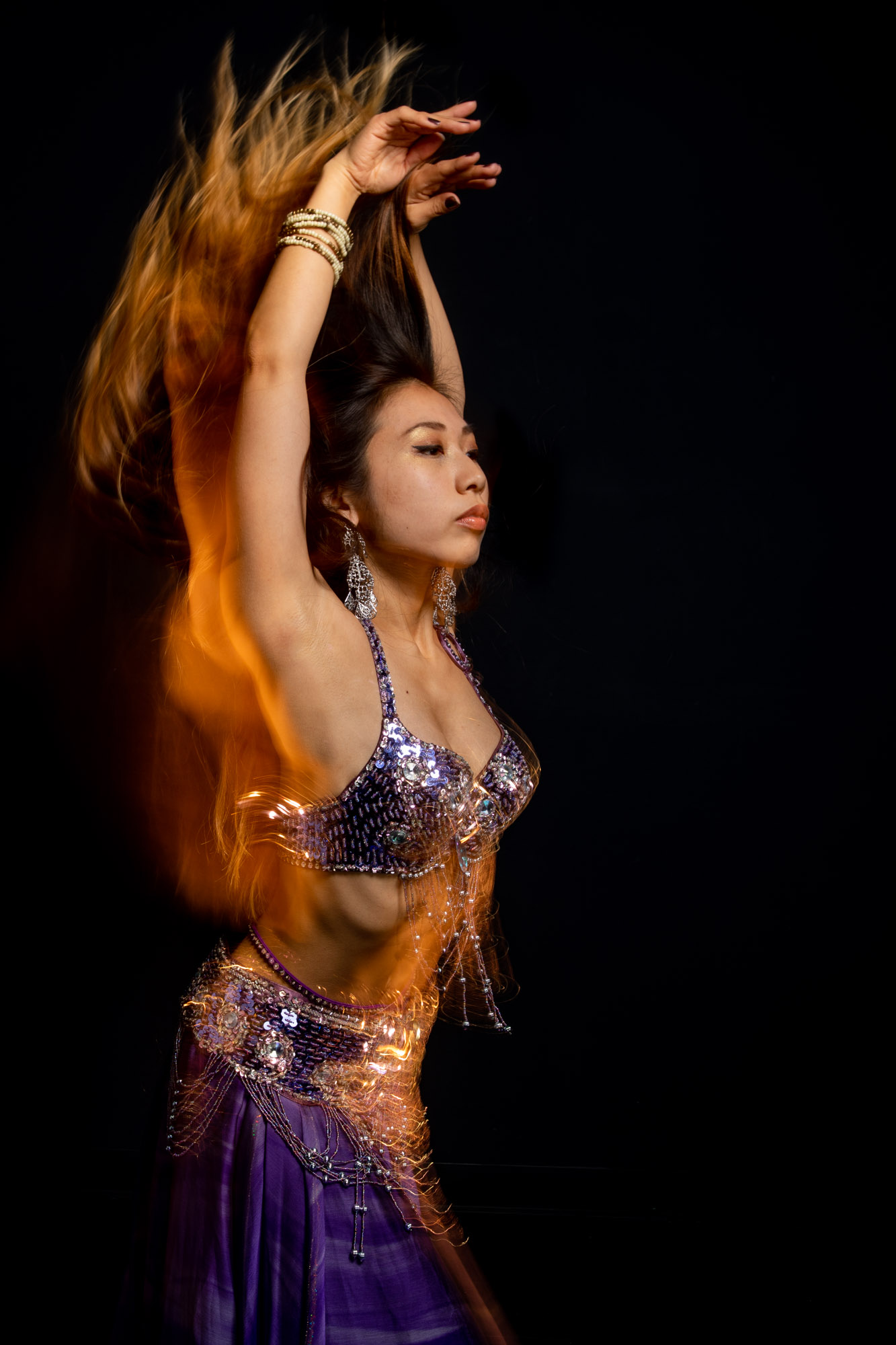 Want to read more? How to be a food photographer.com 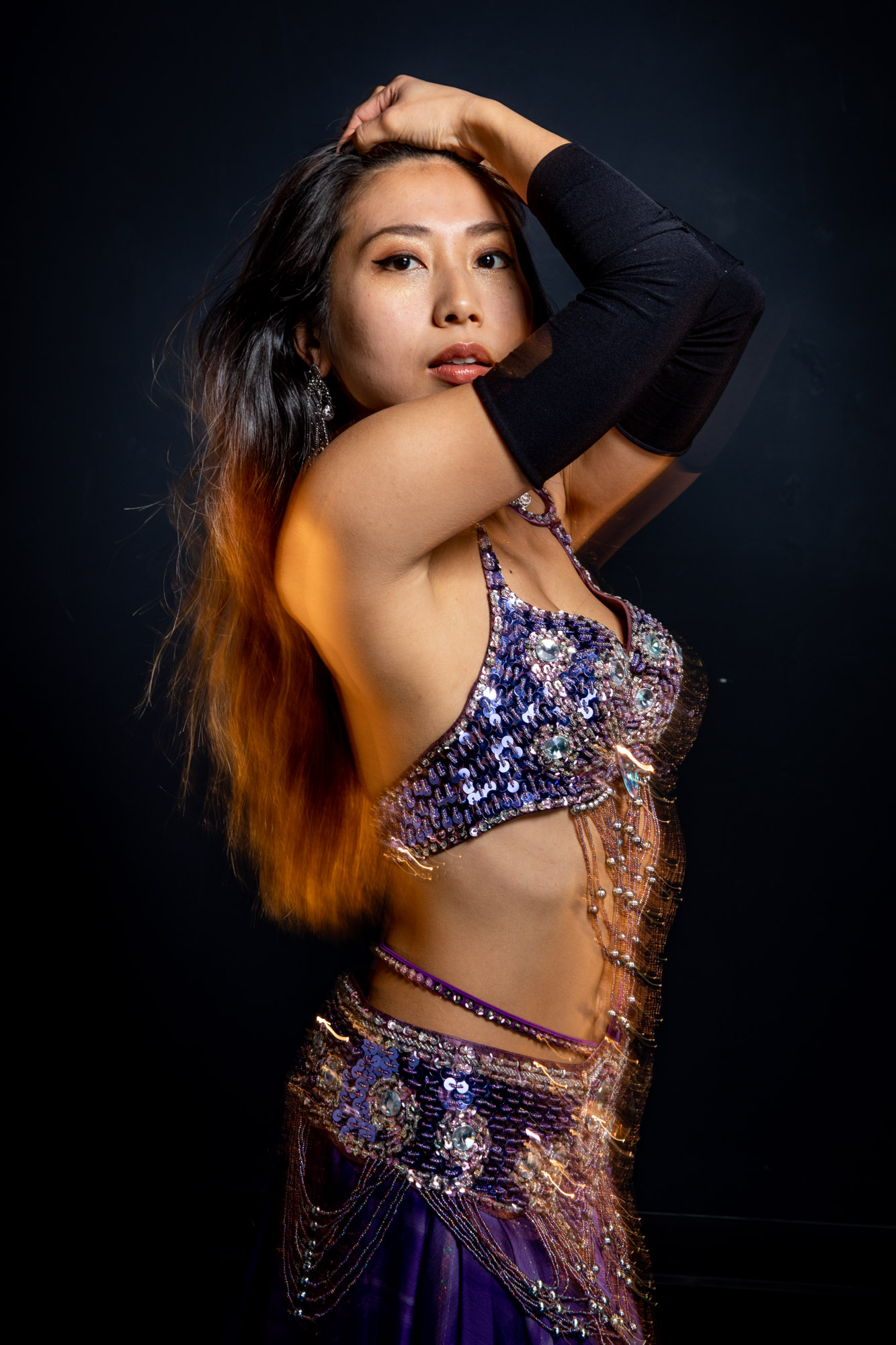 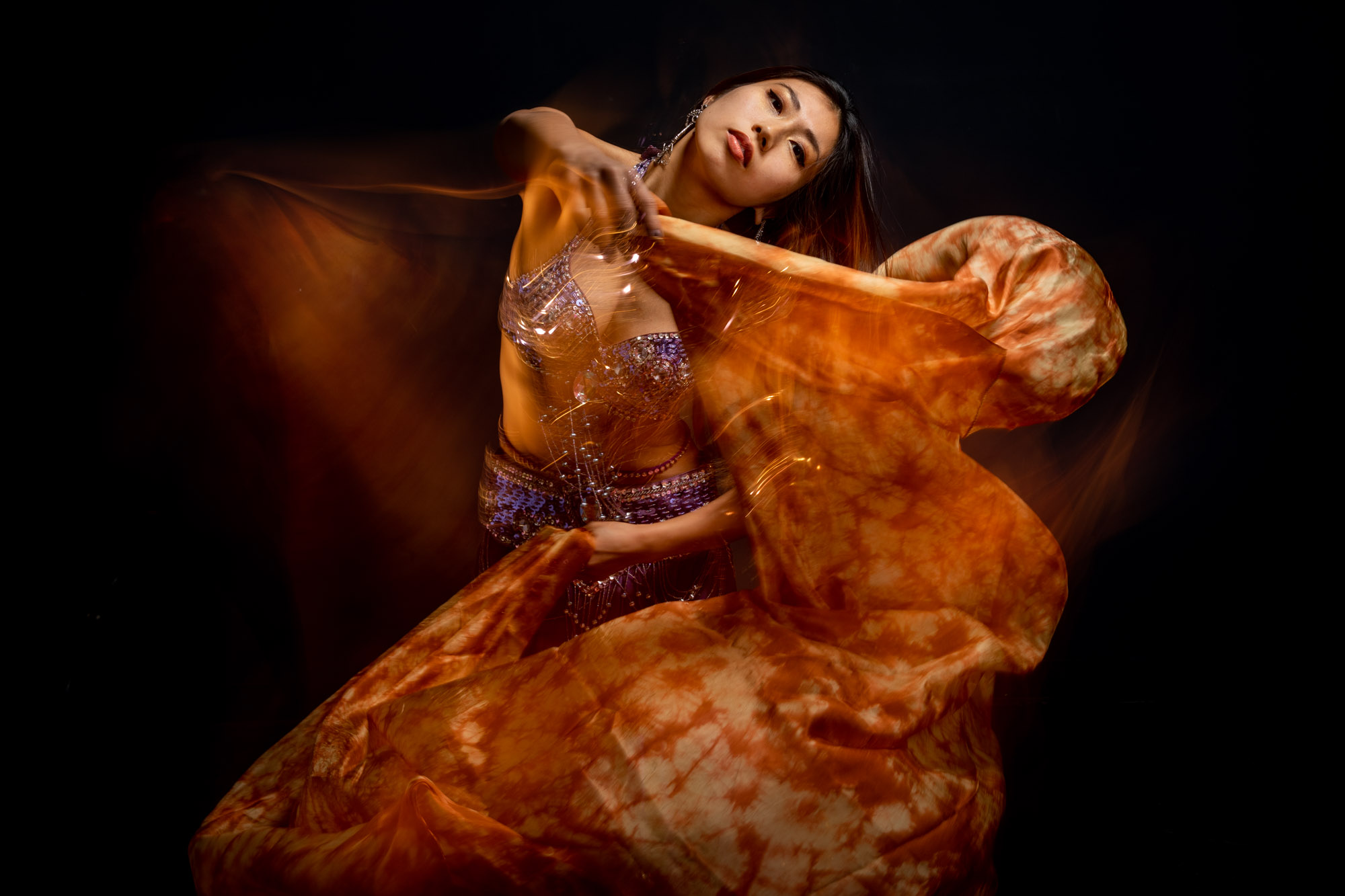 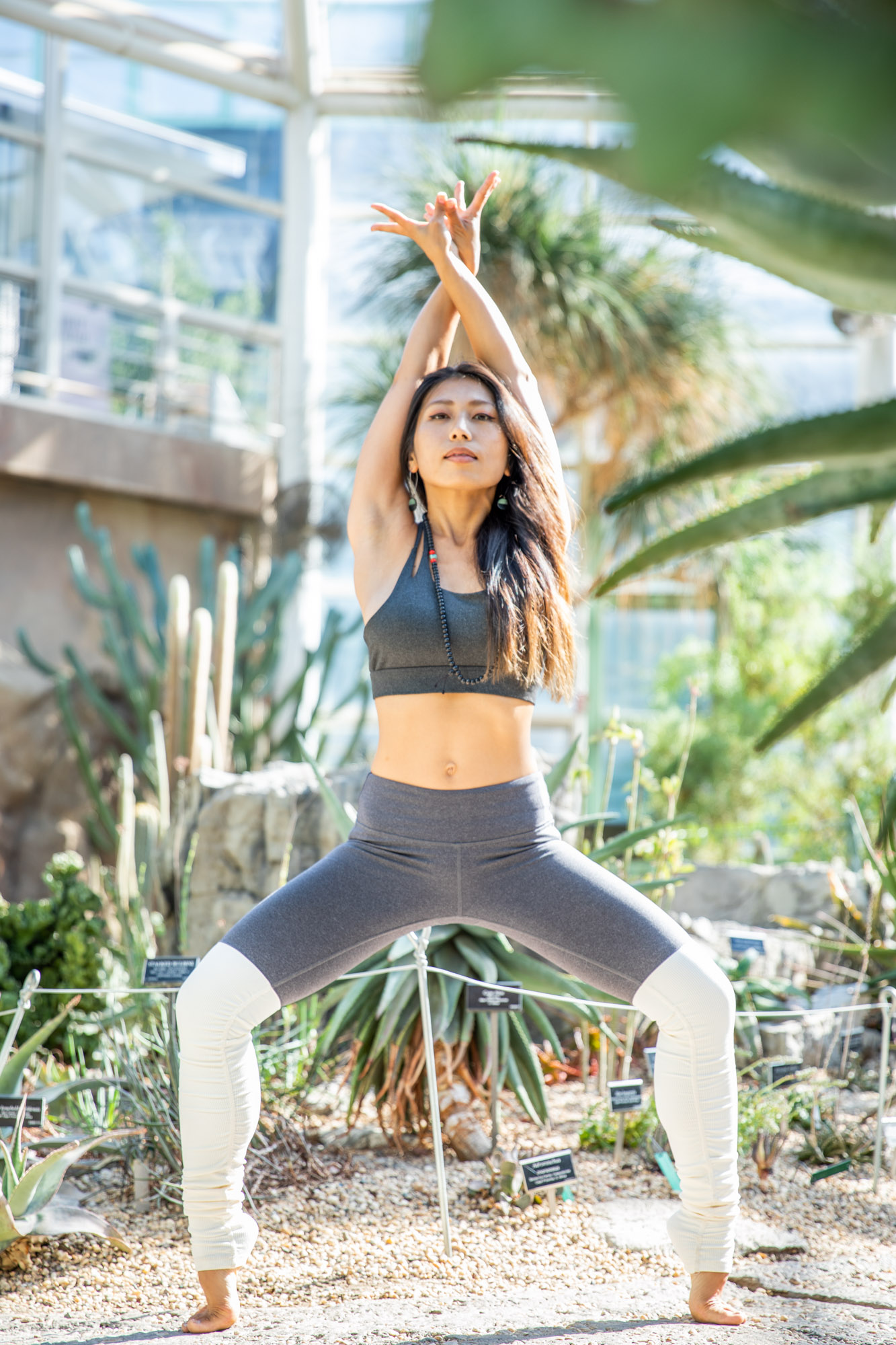 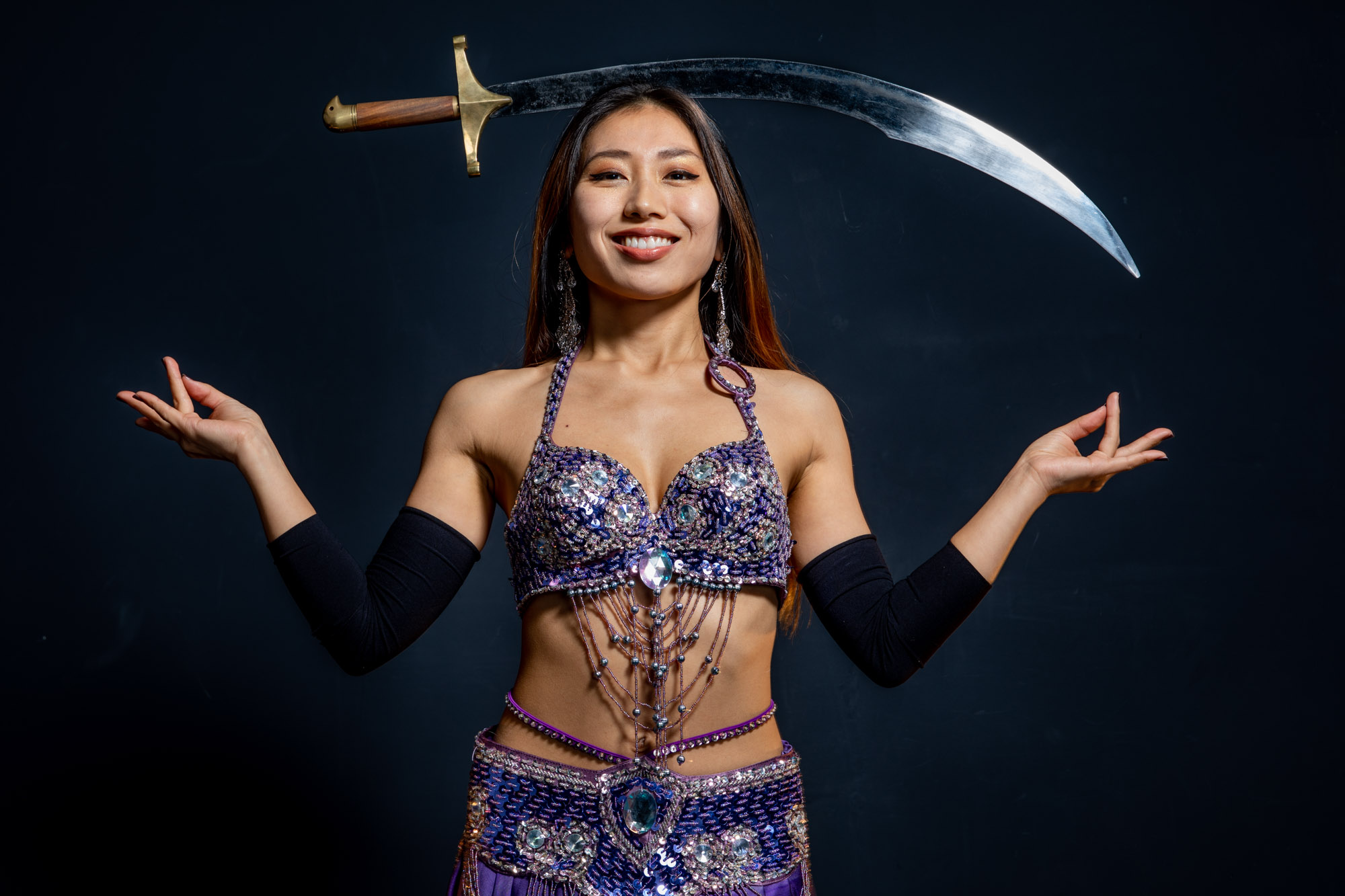 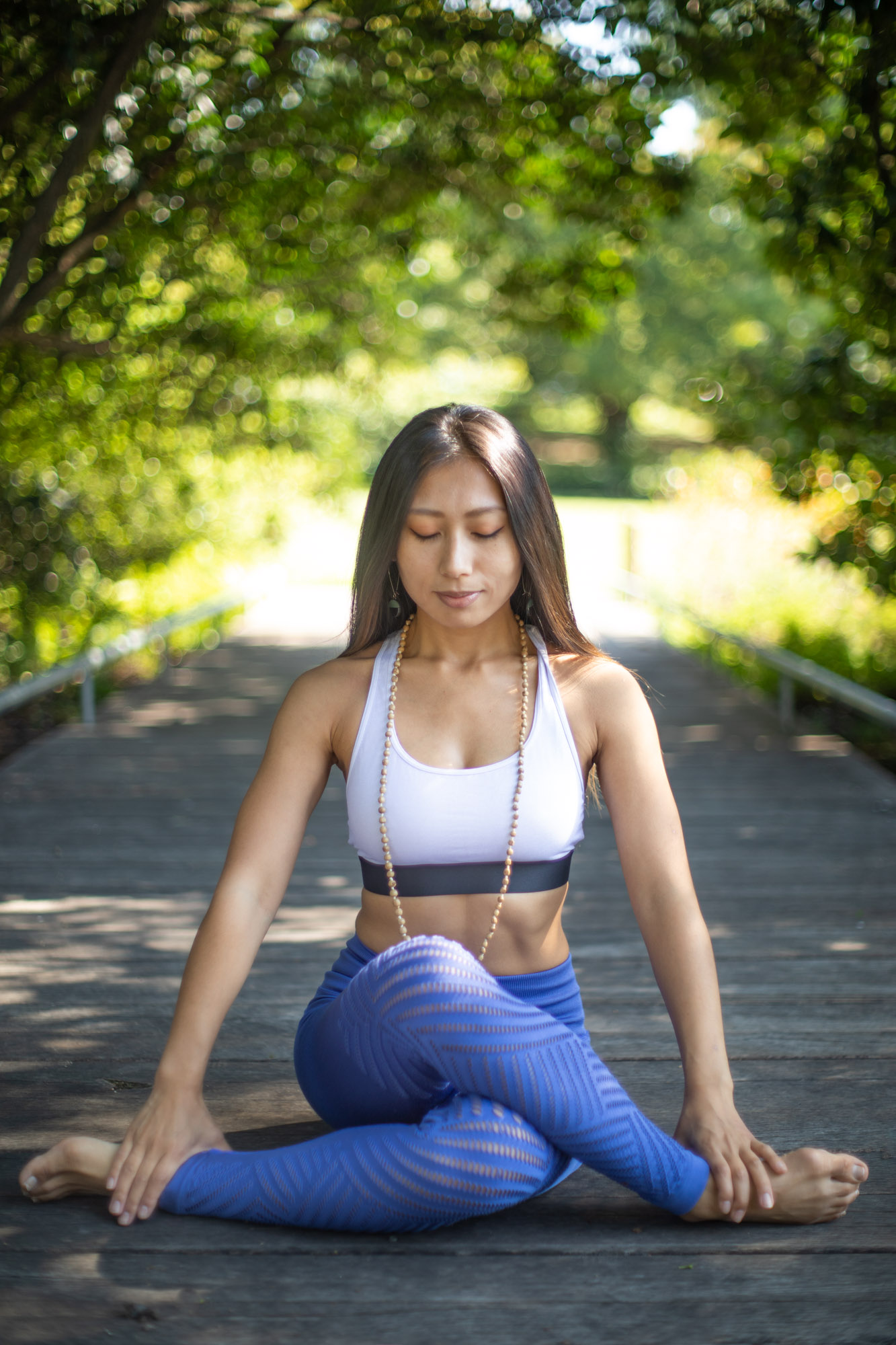 Posted by Will Engelmann at 10:19 AM No comments:

Passport to the World - Cannoli in the coffee.

Being an NYC Food Photographer means having a passport to the world without ever having to wait in line at La Guardia. That doesn’t mean that you get automatic TSA pre check. In my life I’m constantly going from one restaurant to another and from one cuisine to another and one language to another. Part of what makes New York city such a great place to live is that people from all over the world converge here on these tiny islands looking for new opportunities. And many of them bring their food and culinary traditions with them and start restaurants. You can find just about every kind of food imaginable in NYC. From East African tibs and Injera to Himalayan yak stew. And as a food photographer your job is to help share those culinary traditions. In my life on Monday everybody is speaking Chinese, Tuesday switches to Italian and on Wednesday I’m photographing with the Dominicans.

It’s important to understand the subtitles of these traditions. They share a rich cultural heritage but Italians and Italian Americans are very different people. Their lives are literally half a world apart and it can be important to understand these traditions. One time me and the marketing director of a restaurant photographed the most beautiful cannoli ever being dunked into a cup of coffee like a donut. But after the shoot when we showed that photograph to the owner of the restaurant who grew up in Rome the answer was just “No. No way. No real Italian would ever dunk the cannoli.” Fortunately we had photographed the cannoli in other ways but it’s important to be respectful to the traditions of a food that dates back to the Middle Ages. But if this was an Italian American restaurant they probably would say “Hey, knock yourselves out.” Mostly you just have to listen. I almost always advocate listening more than you talk. When you’re a food photographer on the job you often have very limited time to make a good impression and understanding the culture of the food your photographing is vitally important. 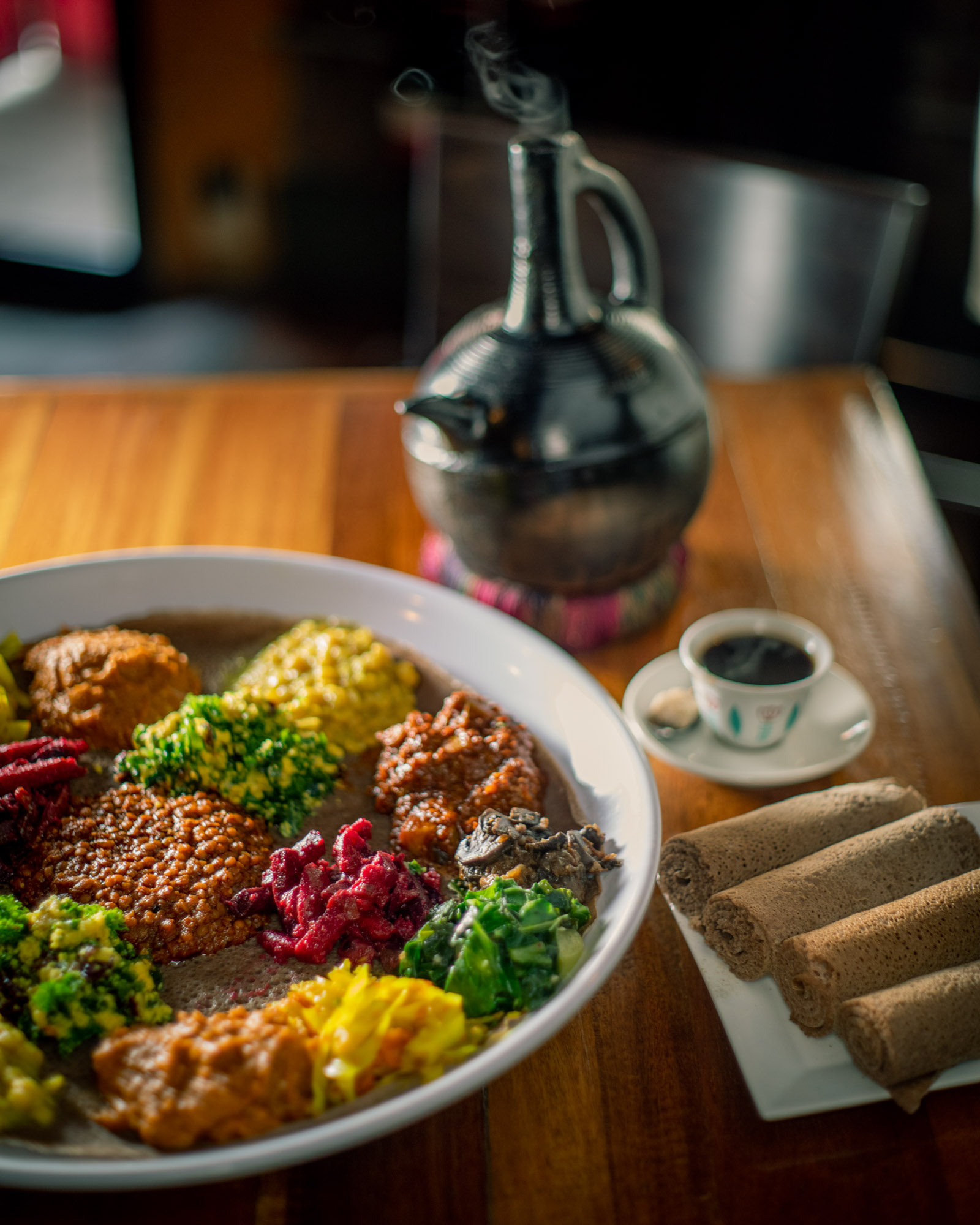 My Chinese friend said a hilarious thing that the secret to young beautiful skin is chicken feet. Mmmm… mmm… chicken feet. Chicken feet are actually high in collagen which is good for your skin so it does check out. I personally am not a big fan of chicken feet. I don’t like human feet either and I think I’m just not a fan of the idea of feet in general. But I will always try them anyways hoping that this time I’ll like them. And I never want to put off my hosts who often insist on trying the chicken feet or the crawfish or that weird undersea mollusk. For many people who grew up in China chicken feet are a treat that they remember fondly from when they were kids. And they’re proud of that tradition. But for somebody who is Chinese American that’s not necessarily the case. I’m not saying that if you’re a food photographer you absolutely have to try the chicken feet but why not? If you don’t like it thats ok but at least be open minded to the possibility. I can eat tripe all day long and once had lambs face stew at a photoshoot. But I was disappointed that they left the eyeballs out of it. 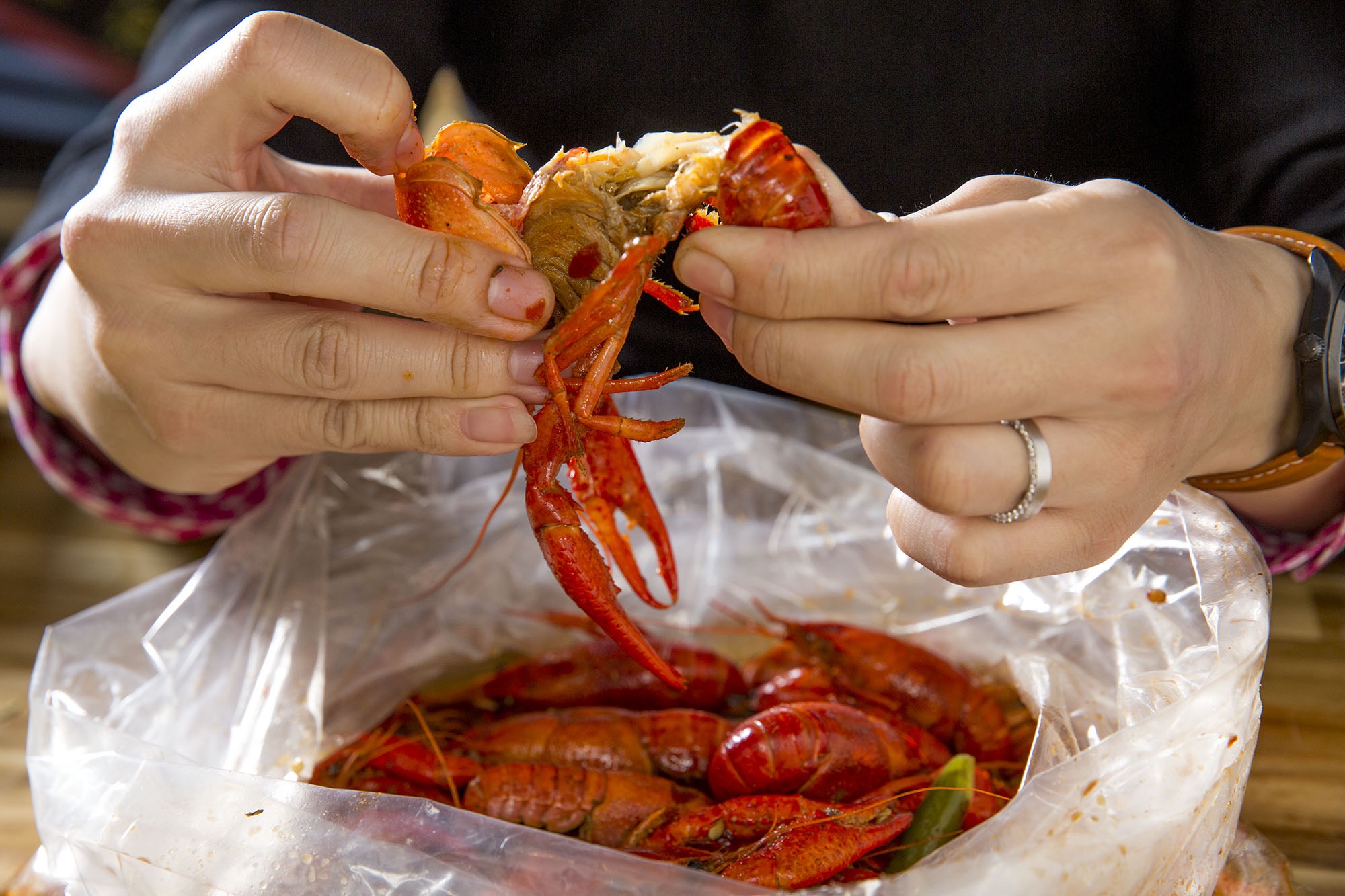 I also love grasshopper tacos but I struggle a little when they leave too many of the feet on and one gets stuck in my teeth. They are pretty crunchy and delicious. I love them with a squirt of lime. In the same way that you want to keep an open mind about trying new weird foods and traditions try to keep an open mind about how you view the world and your approach to photography. If you always photograph everything overhead try a new angle. If you always pull the same soft box out of your lighting kit try shooting with just a bare bulb. I’m constantly looking at the work of other photographers to get ideas and inspiration for what the latests and greatest trends are. There’s a trend in food photography lately to make deadpan flatly lit photographs. There’s one food photographer in NYC in particular who makes these visually striking photographs. I would describe them as minimalism meets a deer in headlights. The way that she does it makes me not want to eat the food. In particular when she photographs meat I find her work off-putting as if I’m looking a cadaver in the morgue and not a steak in a fancy restaurant. And because of this I secretly suspect her to be a serial killer, I mean how could anybody photograph food and I don’t want to eat it? But I still notice her work and it makes me pause every time I see it. She makes powerful images and I think this aesthetic works better as an editorial photograph as opposed to product photography. but to each their own and sometimes I take inspiration from her work and try to work some of those ideas into my own. Try it sometime. You might like it. 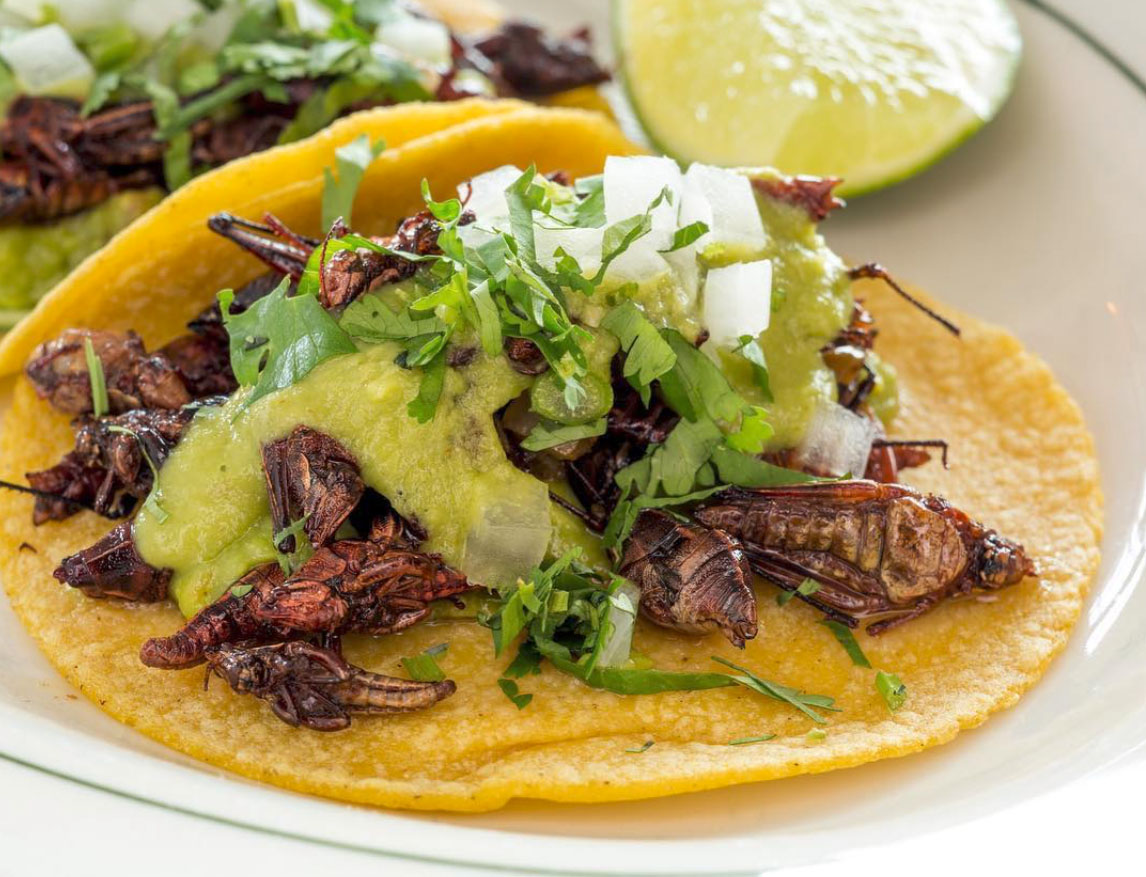 Read more at How to be a Food Photographer
Posted by Will Engelmann at 7:17 AM No comments: 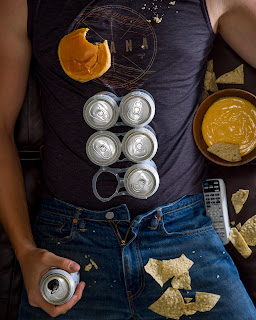 Have you or somebody that you love been a victim of #blanding? Is your advertising agency pumping out boring forgettable content that gets no clicks and or likes? Are you a consumer who has been forced to look at bad content that makes your head hurt? Help is available! Please contact 1-800-B-L-A-N-D-I-N and when prompted hit G for a special offer.
Posted by Will Engelmann at 7:23 AM No comments: